The standing committee of the CPC Jiangsu provincial committee convened a meeting Thursday morning to hear the investigation report by the State Council on the deadly blast at Jiangsu Tianjiayi Chemical Co Ltd. in Xiangshui County in March this year that claimed 78 lives and injured more than 600 people. Lou Qinjian, secretary of the CPC Jiangsu Provincial Committee, presided over the meeting. 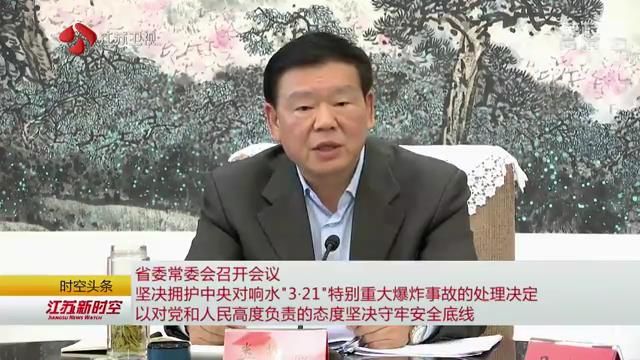 The standing committee of the CPC Jiangsu provincial committee said it is in sympathy with the decisions of the CPC Central Committee and the State Council on the investigation report of the chemical plant blast in Jiangsu. 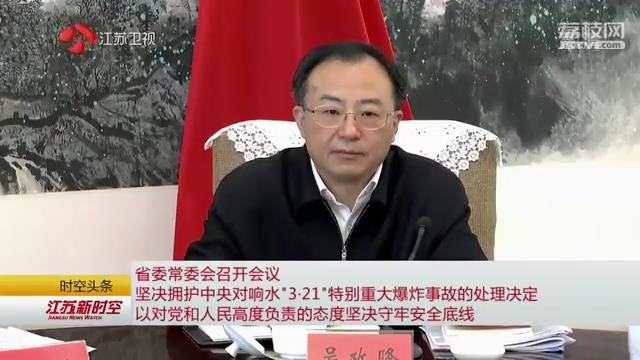 The meeting urged various departments and governments at all levels to make more efforts and enhance production safety by following the guidance of the Xi Jinping Thought on socialism with Chinese characteristics for the new era from the political height of strengthening the four consciousnesses and the four self-confidences, safeguarding the authority of the CPC Central Committee and getting united around the centralized and unified leadership the CPC Central Committee with Comrade Xi Jinping as the core so as to improve people’s sense of security and live up to the expectations of the Party and the people.

The meeting demanded that all of those responsible for the accident should be held accountable in accordance with laws, regulations and disciplines, with the inquiry report and the punishments for wrongdoers to be made public.

The deadly chemical blast occurred at about 2:48 pm on the afternoon of March 21 following a fire that broke out in Jiangsu Tianjiayi Chemical Co Ltd. in Xiangshui County. 78 people were killed. Jiangsu Tianjiayi Chemical Co was not the only company involved. Sixteen surrounding enterprises and multiple villages nearby were affected. More than 600 people were injured.

The State Council said in a statement after its executive meeting on Nov 13 that a number of wrongdoings led to the deadly explosion at the chemical plant in Jiangsu province on March 21.

The inquiry has deemed the incident to be a major work safety accident that exposed the failures of local authorities and departments in assuming responsibilities and in punishing violations of the law, the State Council said in the statement.

It also revealed how businesses failed to carry out their primary responsibilities for work safety, violating laws and regulations and demonstrating a lack of credibility, the statement said.

The State Council also vowed to hold all of those responsible for the accident accountable in accordance with laws, regulations and disciplines, with the inquiry report and the punishments for wrongdoers to be made public.

It also called for lessons to be drawn from the accidents, with measures to establish long-term mechanisms that enable the assumption of responsibilities in work safety procedures.

Government departments will step up coordination in the oversight of dangerous chemicals, and a joint law enforcement mechanism will be established, the statement said.

The State Council urged quicker steps to revise laws and regulations so that harsher penalties can be given to wrongdoers whose purposeful actions led to major accidents.

It is important to adhere to the new development philosophy, curb lawless and blind development and promote industrial upgrades, the statement said.