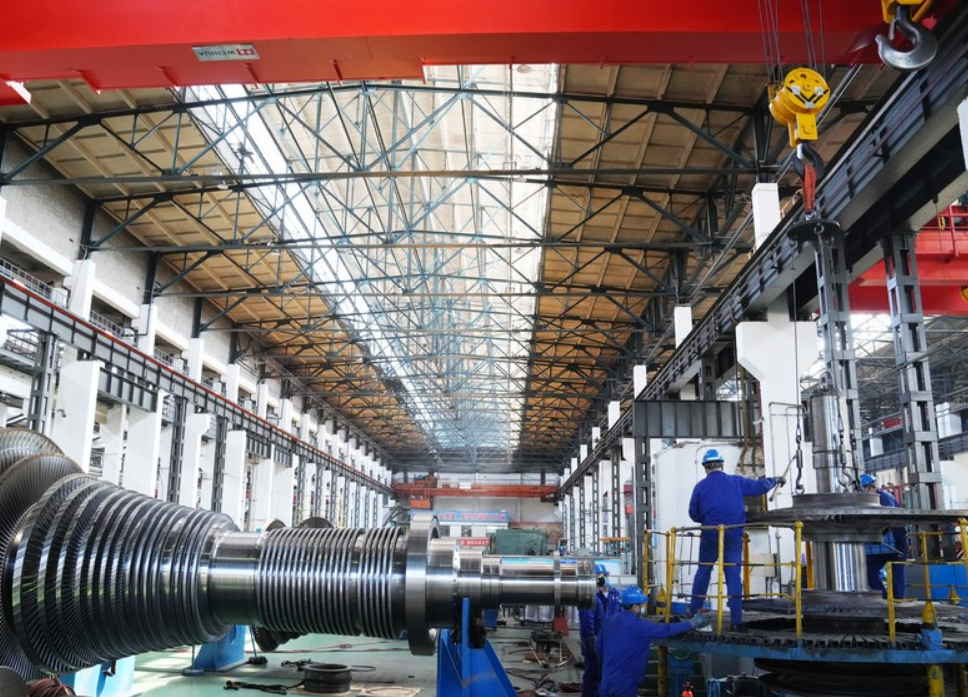 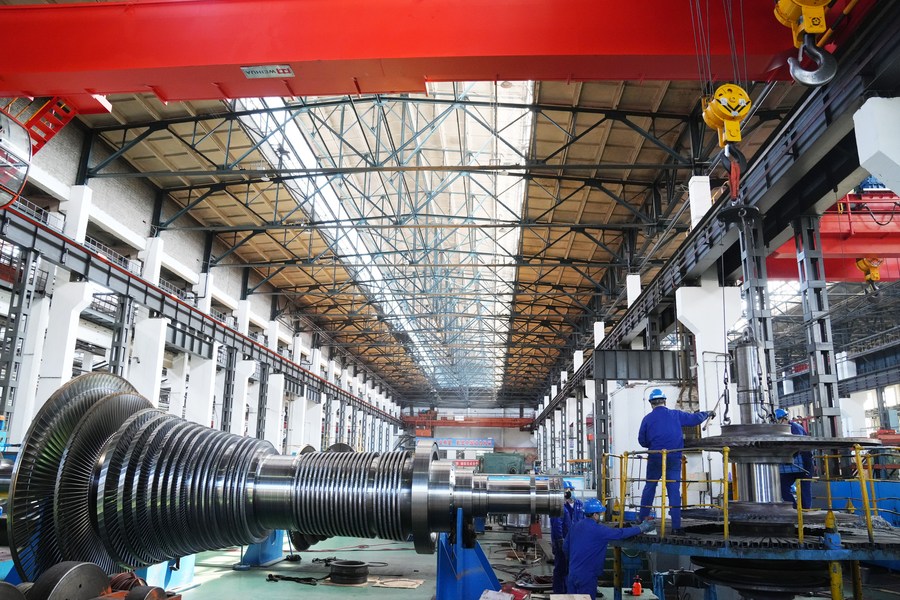 BEIJING, June 5 (Xinhua) -- China will make the unimpeded and stable operation of its industrial and supply chains a top priority, as it looks to revive its industrial economy after flare-ups of COVID-19 in recent months.

The industrial sector is the backbone and growth engine of the Chinese economy, said the Ministry of Industry and Information Technology (MIIT) in a recent video teleconference on shoring up the industrial economy. It vowed incremental efforts in policy implementation to ensure reasonable expansion in the industrial sector in the second quarter of the year.

Recent official data showed slower growth in the profits of China's major industrial firms. The enterprises, each with annual main business revenue of at least 20 million yuan (about 2.98 million U.S. dollars), saw their profits expand 3.5 percent year on year in the first four months of 2022, a sharp contrast to the 8.5-percent growth in the first three months.

The Chinese industrial economy inevitably took a blow over the past three months as the Omicron variant has forced factories in metropolises like Shanghai and Shenzhen and the heavy-industry region of Jilin Province to suspend production. From high-tech semiconductors, auto parts, and electronics to textile and garment industries, factory activities were disrupted across different fields. Logistics bottlenecks also emerged in the period.

China has moved swiftly to smoothen transport and logistics and adopted a slew of measures, such as the "white list" approach, to help enterprises in virus-hit regions resume production and guarantee the supply of essential parts, equipment and products.

A manufacturing subsidiary of Shanghai Challenge Textile Co., Ltd. had seen around 1,350 of its employees return to work as it was included in the first batch of 666 companies on the city's "white list" designed to support firms to resume production amid COVID-19 control back in April.

"Since we resumed production, the local government has given us great support to cope with labor shortages and raw material transportation," said Yang Shibin, president of the company.

The company's output has already surpassed the level before Shanghai took a hit from the virus two months ago, and the orders previously delayed due to the epidemic have been basically recovered, said Yang.

Lenovo, the Chinese personal computer giant, also faced challenges in production. "The epidemic affected our factories in Shenzhen in the first quarter of the year, but production lines in the cities of Hefei and Wuhan continued normal operations, which made up for the loss," said Yang Yuanqing, Lenovo Group's chairman and CEO.

The MIIT has vowed to coordinate virus control with industrial production, helping the enterprises stabilize production amid the epidemic and improve the "closed-loop" management plans.

Apart from leading companies in the industrial fields, the MIIT also pledged to help boost support for small and medium-sized enterprises (SMEs).

"The ministry is organizing service platforms for SMEs to visit the enterprises, industrial parks and clusters and address the difficulties and demands of the SMEs," said Liang Zhifeng, an official with MIIT.

The MIIT will also tap the potential of digitalization and green upgrading to boost the industrial economy. It will start the infrastructure projects of 5G and industrial internet ahead of schedule, accelerate energy-saving and carbon-reducing transformation in key fields, and launch a new round of new-energy vehicle promotion activities in rural areas, according to the video teleconference.