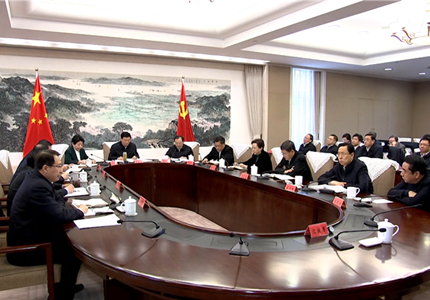 The standing members of the CPC Jiangsu Provincial Committee held a meeting on Monday to study the important speech made by General Secretary Xi Jinping at a meeting of criticism and self-criticism held by the Political Bureau of the Communist Party of ChinaCentral Committee on December 27 last year. Provincial Party Secretary Lou Qinjian presided over the meeting. 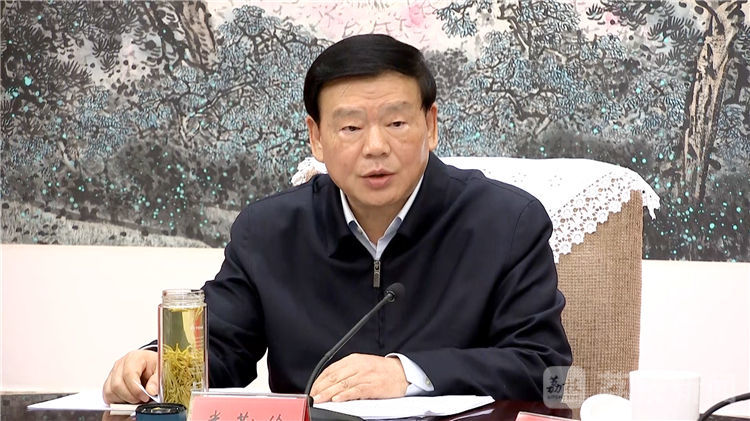 General Secretary Xi Jinping’s important speech at the meeting of criticism and self-criticism is an action guide for the Party members and cadres to stay true to the Party’s founding missions, according to a statement released after the meeting.

The fundamental thing for the implementation of the General Secretary’s important speech rests with further emancipating the mind and unifying the thinking, the statement said.

The study and implementation of the new thoughts should be carried out in accordance with the political height of strengthening the four consciousnesses and the four self-confidences, safeguarding the authority of the CPC Central Committee and getting united around the centralized and unified leadership the CPC Central Committee with Comrade Xi Jinping as the core, according to the statement.

The promotion of the new development concepts should attach importance to the solutions to practical issues such as the people’s livelihood and matters of great concern to the province’s overall development, according to the statement.

The two-day meeting of criticism and self-criticism, which ended on Dec 27 last year, stressed that members of the Political Bureau of the CPC Central Committee must take the lead in making "staying true to our founding mission" a lifelong task.

Xi Jinping, general secretary of the CPC Central Committee, presided over the meeting and delivered an important speech.

The meeting noted that it is a major political task for the entire Party to arm itself with Xi Jinping Thought on Socialism with Chinese Characteristics for a New Era and put it into practice.

The meeting noted that the campaign of "staying true to our founding mission," being held at the right time as the People's Republic of China celebrated its 70th founding anniversary and the CPC is about to celebrate its centenary, produced significant results and was broadly endorsed by the people.

It pointed out that the fundamental reason behind the remarkable achievements of the CPC over the past nearly 100 years is that the Party always stays true to its original aspiration and founding mission, which is to seek happiness for the Chinese people and rejuvenation for the Chinese nation.

In his speech, Xi summarized the self-assessment remarks by members of the Political Bureau and demanded further efforts to implement the eight-point decision on improving conduct and address the practice of formalities for formalities' sake.

Xi called on Party members to stick to their noble ideals and convictions, and urge Party officials to take the stance of the people and preserve their sense of mission.