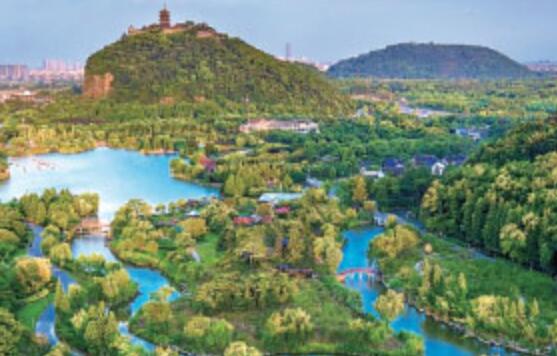 Nantong, a coastal city in East China's Jiangsu province, has become a role model for green development. In 2018, the city was distinguished as a national forest city by the National Forestry and Grassland Administration.

In September, the National Afforestation Committee listed Nantong as a model city nationwide for its green development. Official statistics show the city has developed 23,780 hectares of new afforestation areas since 2016.

In 2017, the Nantong city government issued guidelines on becoming a national forest city from 2016-25.

To date, the city's ecological corridor constructions include more than 100-meter-wide corridors along rivers and 441.75 hectares of ecological forests on the north bank of the Yangtze River, a local official said.

In January, Nantong was highlighted in the report entitled High-quality Development Index in the Yangtze River Delta, which was released in Shanghai.

The report evaluated 26 cities in the region based on the five elements of innovation, coordination, green development, opening-up and sharing.

Nantong ranked eighth in the general index and took the first place in the green development ranking.

The past two years also saw strict enforcement of pollution prevention and control.

More than 800 chemical, printing, dyeing and wire factories along the Yangtze River were shut down, according to Nantong mayor Xu Huimin.

Known for its flowers and trees, Nantong has also seen rapid growth in its forestry industry, such as bonsai tree production. In 2018, the output value of the sector reached 19.97 billion yuan ($2.81 billion), an increase of 5.3 percent year-on-year.

It has built more than 60 new bases covering over 13.33 hectares for the development of forestry industry and 11 new breeding bases for native species.

A total of 10 forest parks, nine wetland parks, and 368 downtown parks were built in the past three years, raising the per capita public green area to 18.67 square meters.

To date, the city has grown 6.3 million plants, spanning an area of 6,667 hectares. The green coverage rate has reached 43.3 percent in the urban area.

The local government has also provided support to build green parks for its residents. Authorities have promoted their green development philosophy to the public. 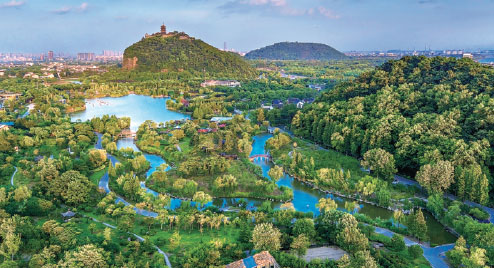