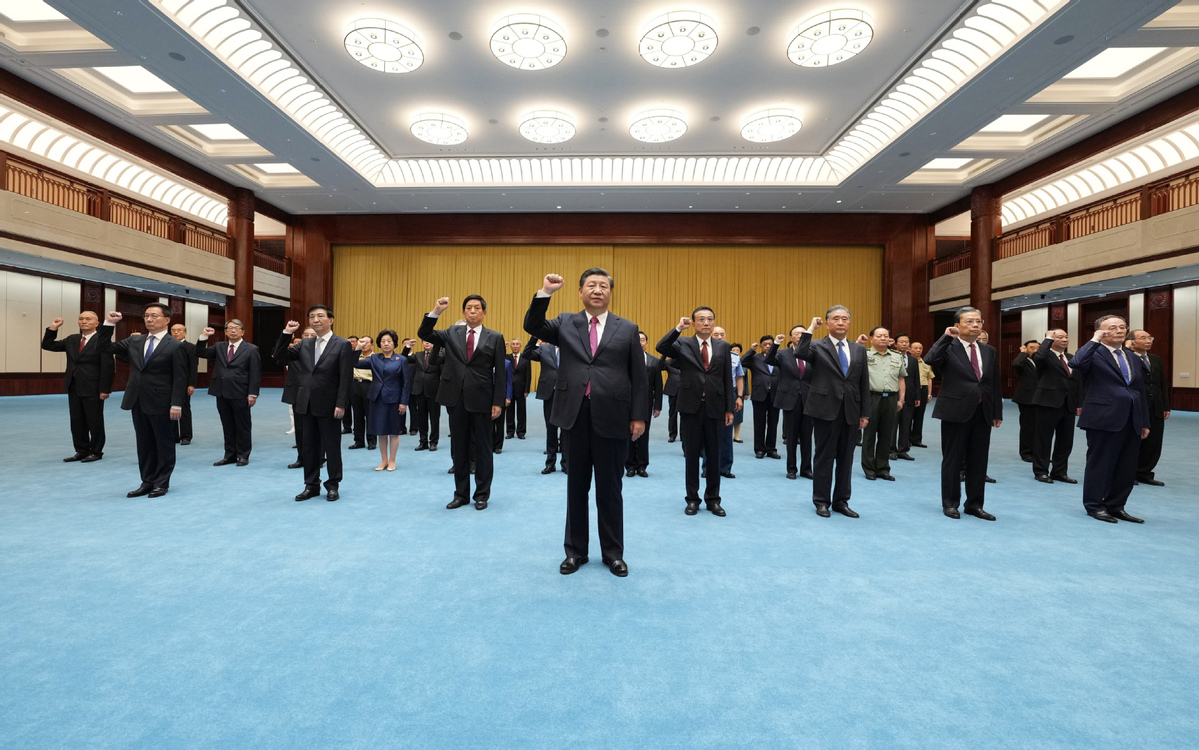 Xi stresses drawing strength from CPC history to forge ahead

Xi Jinping, general secretary of the Communist Party of China Central Committee, has called for efforts to study and summarize the history of the CPC, and inherit and carry forward the Party's precious experiences in order to draw strength from the past to forge ahead as the Party prepares to celebrate its 100th founding anniversary next month.

Xi, who is also president and chairman of the Central Military Commission, made the remark in Beijing on Friday when visiting the Museum of the Communist Party of China for an exhibition that displays the Party's history in an all-around and panoramic way for the first time.

Xi said that the Party's history is the most vivid and persuasive textbook, hailing its past century as a century dedicated to the founding mission of the Party, which established a foundation for the Party's course and opened up the future for it.

At this point of looking back at the Party's struggles and looking ahead, Xi underlined the importance of educating and guiding Party members to consciously remain true to the Party's original aspiration and keep its mission firmly in mind. 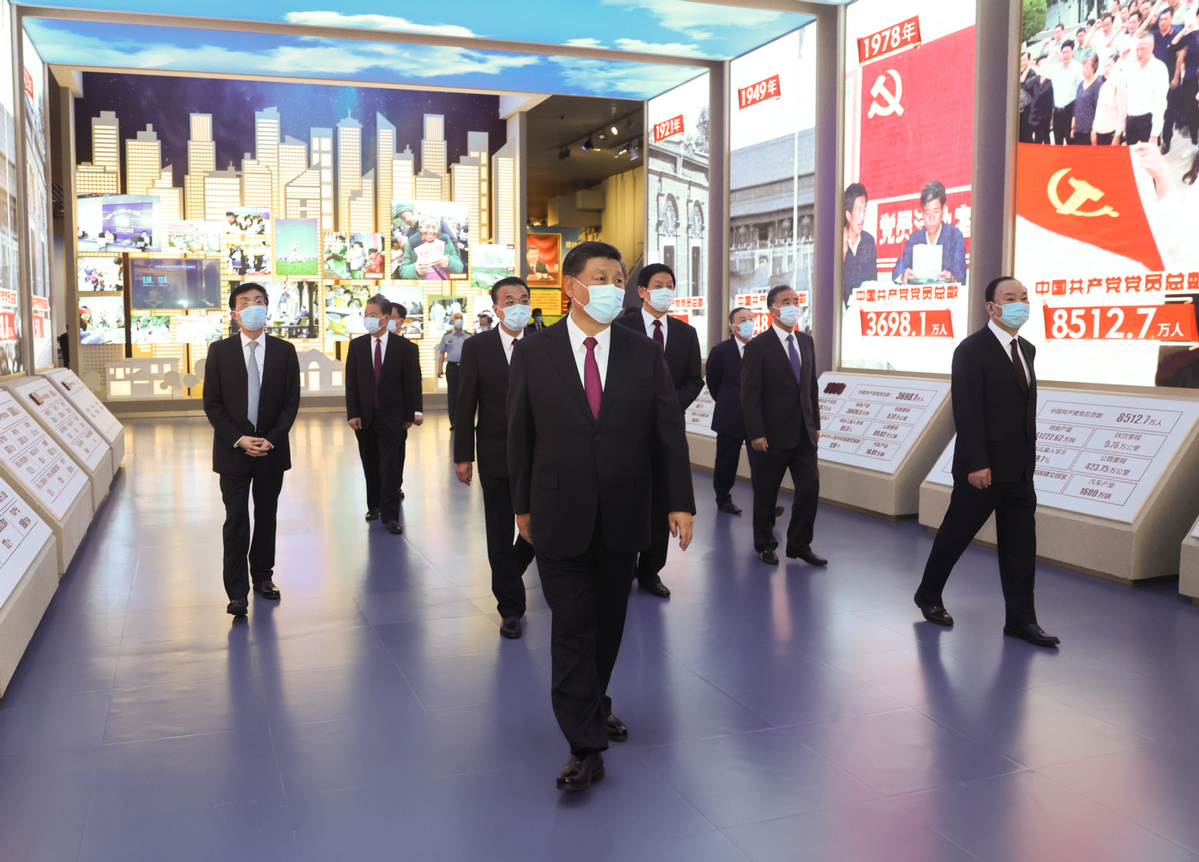 Party members should always maintain a high degree of consistency with the CPC Central Committee and be resolute in their ideals and convictions, he said.

Xi also called on Party members to play an exemplary role in uniting people of all ethnic groups in order to pool their strength for fully building a modern socialist country and realizing the Chinese dream of great rejuvenation as the country enters a new stage of development.

Led by Xi, all members of the Standing Committee of the Political Bureau of the CPC Central Committee inspected the exhibition and repeated their oath of joining the Party in front of the Party flag. 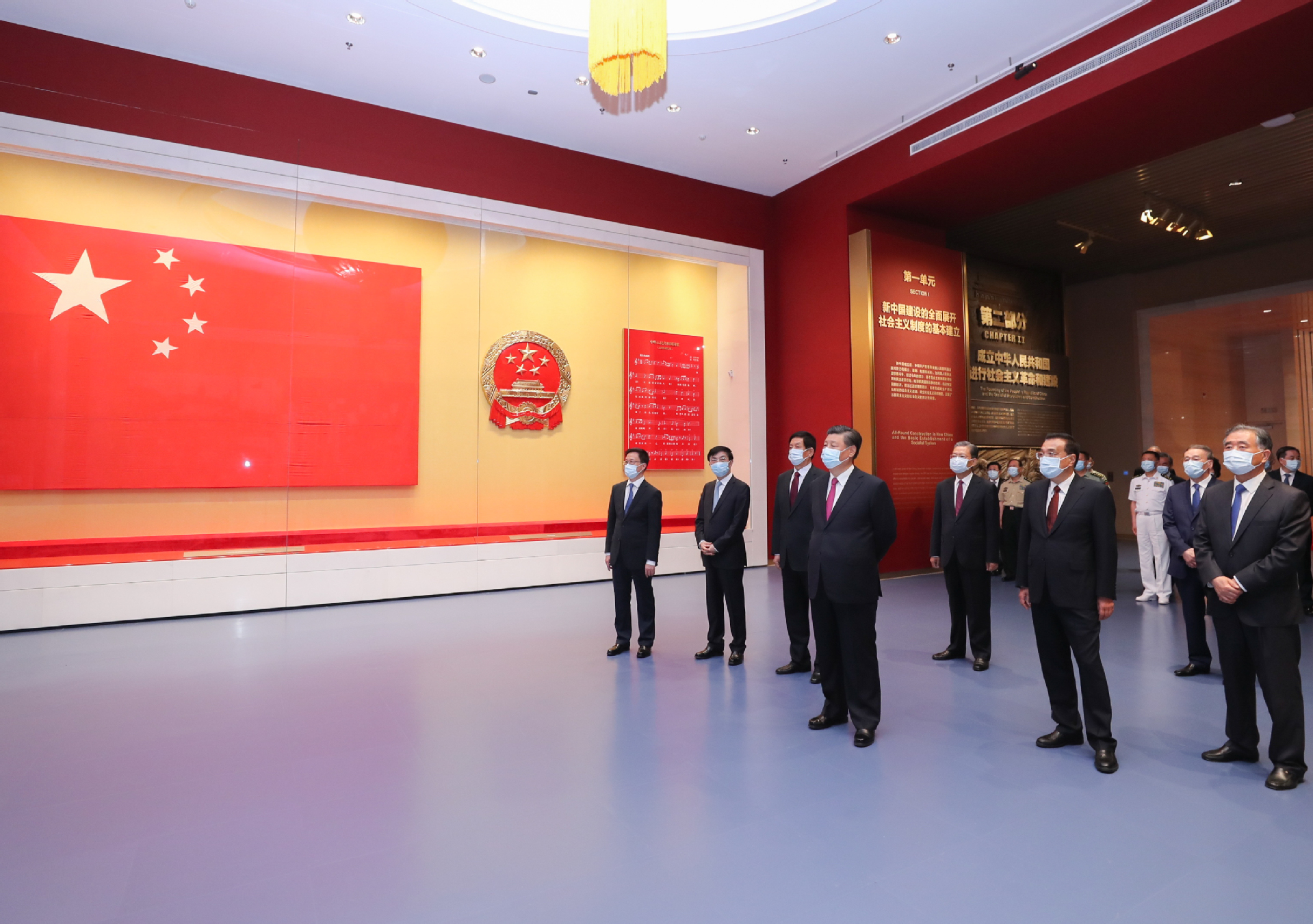 The exhibition demonstrates the Party's centennial history in four parts with more than 2,600 pictures and 3,500 sets of cultural relics, including Karl Marx's Brussels Notes.

Addressing the opening ceremony of the exhibition on Friday morning, Wang Huning, a member of the Standing Committee of the Political Bureau of the CPC Central Committee and a member of the Secretariat of the CPC Central Committee, said the aim of the exhibition is to help the public gain a deep understanding of why the CPC is capable, why Marxism is viable and why socialism with Chinese characteristics is applicable.

Since its founding in 1921, the CPC has grown into the world's biggest Marxist ruling party with more than 91 million members.