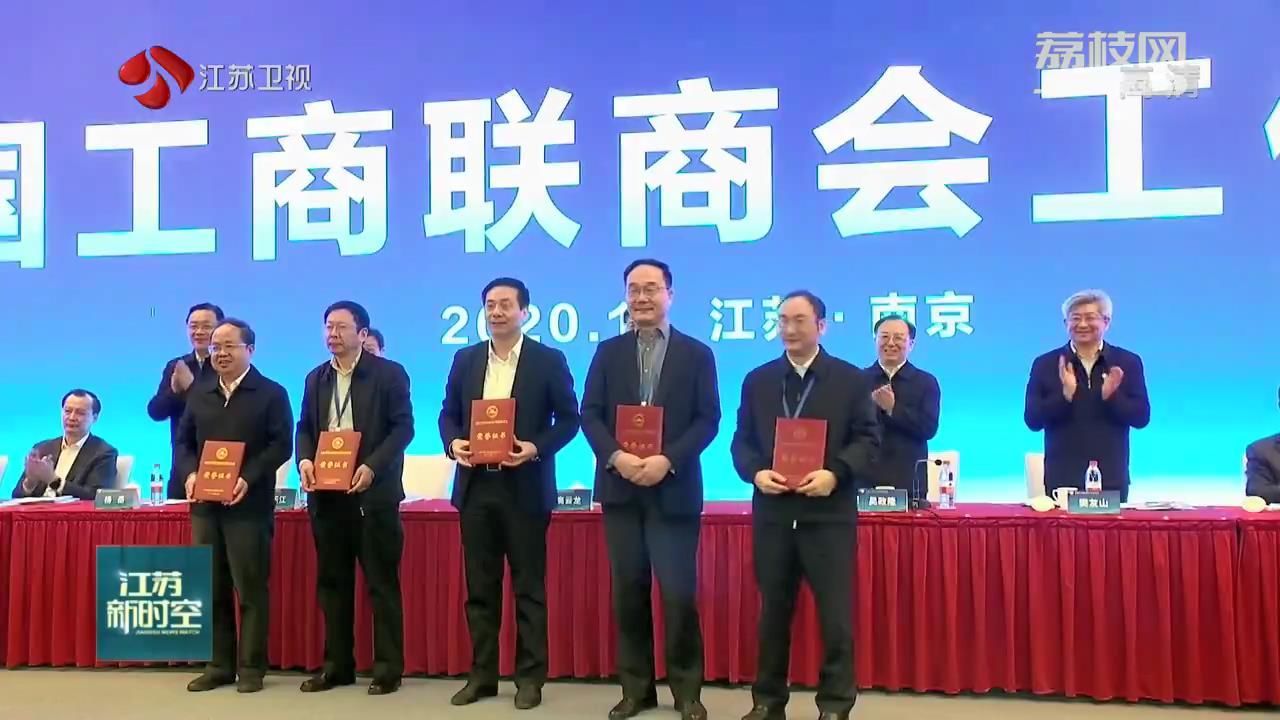 The All-China Federation of Industry and Commerce or ACFIC held its working conference Monday in Nanjing. Gao Yunlong, vice chairman of the Chinese People’s Political Consultative Conference and chairman of ACFIC, addressed the meeting. Lou Qinjian, Secretary of the Provincial Party Committee and Director of the Standing Committee of the Provincial People's Congress, met with the guests. Governor Wu Zhenglong delivered a speech at the meeting.

Lou Qinjian thanked the All-China Federation of Industry and Commerce for its care and support for Jiangsu's economic and social development and its guidance and assistance to the development of the private economy in Jiangsu.

Lou Qinjian said that Jiangsu is studying and implementing the spirit of General Secretary Xi Jinping’s important speech made during his inspection tour in Jiangsu and plan the 14th Five-Year Plan and the next stage of development in accordance with the new mission and tasks assigned to Jiangsu by the General Secretary so that the province will strive to take the lead in realizing socialist modernization.

The private economy is becoming more and more important in the overall development of the province, said Lou, adding that private entrepreneurs in Jiangsu have shouldered social responsibilities, and played an important role in epidemic prevention and control and economic and social development.

The CPC provincial chief remarked that efforts should be made to implement the spirit of General Secretary Jinping’s important speech on the private economy, create a fairer and more equitable market environment, give full play to the role of the Federation of Industry and Commerce and the Chamber of Commerce so as to support the further development and growth of the private economy.

He hoped that the All-China Federation of Industry and Commerce will continue to care about and support the development of the private economy in Jiangsu and the construction of the Federation of Industry and Commerce and the Chamber of Commerce, and turn Nantong Museum and Zhang Jian’s Former Residence into a patriotic education base to encourage private entrepreneurs to strengthen their sense of social responsibility and strengthen the "four confidences" and make greater contributions to building a new development pattern and promoting high-quality development.

Gao Yunlong pointed out that in recent years, the Federation of Industry and Commerce has conscientiously implemented General Secretary Jinping’s important instructions and the central government’s policies and decisions of the reform of the chambers of commerce affiliated to the Federation of Industry and Commerce, adhered to problem-oriented, goal-oriented and result-oriented approaches and promoted the implementation of reform tasks.

He emphasized that the absolute leadership of the CPC must be upheld in the reform of the chamber of commerce, give play to the role of the united front work, expand membership, persist in reform and innovation, and promote the basic experience explored in the reform and development of the Chamber of Commerce.

The Fifth Plenary Session of the 19th Central Committee of the Communist Party of China drew a grand blueprint for China's economic and social development in the next five years and even longer, and pointed out the direction and set clear requirements for deepening the reform of the Chamber of Commerce, said Gao Yunlong, adding that General Secretary Xi Jinping’s comment on Zhang Jian's demonstrated the great importance and earnest hope for private entrepreneurs.

On the afternoon of November 12, Xi Jinping visited the Nantong Museum, where he watched exhibits introducing Zhang Jian, a Chinese industrialist and educator in the late 19th century and early 20th century. The museum, founded by Zhang in 1905, is the first public museum founded by the Chinese people.

Hailing Zhang as a model of all Chinese private entrepreneurs, Xi said the museum and Zhang's former residence should be turned into a base for patriotic education, which can enhance the sense of social responsibility of private entrepreneurs and the country's youth and their confidence in the path, theory, system, and culture of socialism with Chinese characteristics.

Gao Yunlong said we must earnestly study the Xi Jinping Thought on socialism with Chinese characteristics for the new era, thoroughly implement General Secretary Xi Jinping’s important instructions on the united front work for the private economy in the new era.

He said at the important moment when we are about to enter a new stage of development, the General Secretary’s inspection tour in Jiangsu has given Jiangsu a new historical mission, pointed out the way forward and provided fundamental follow-up for us to embark on a new journey.

Jiangsu will follow the Xi Jinping Thought on socialism with Chinese characteristics for the new era, said the governor, adding that the province will make further efforts to promote the high-quality development of the private economy, and promote the work of the Federation of Industry and Commerce and the Chamber of Commerce to a new level.

He urged governments at all levels to vigorously support the development of the private economy, create a first-class business environment, and allow private enterprises to burst with innovation and vitality.