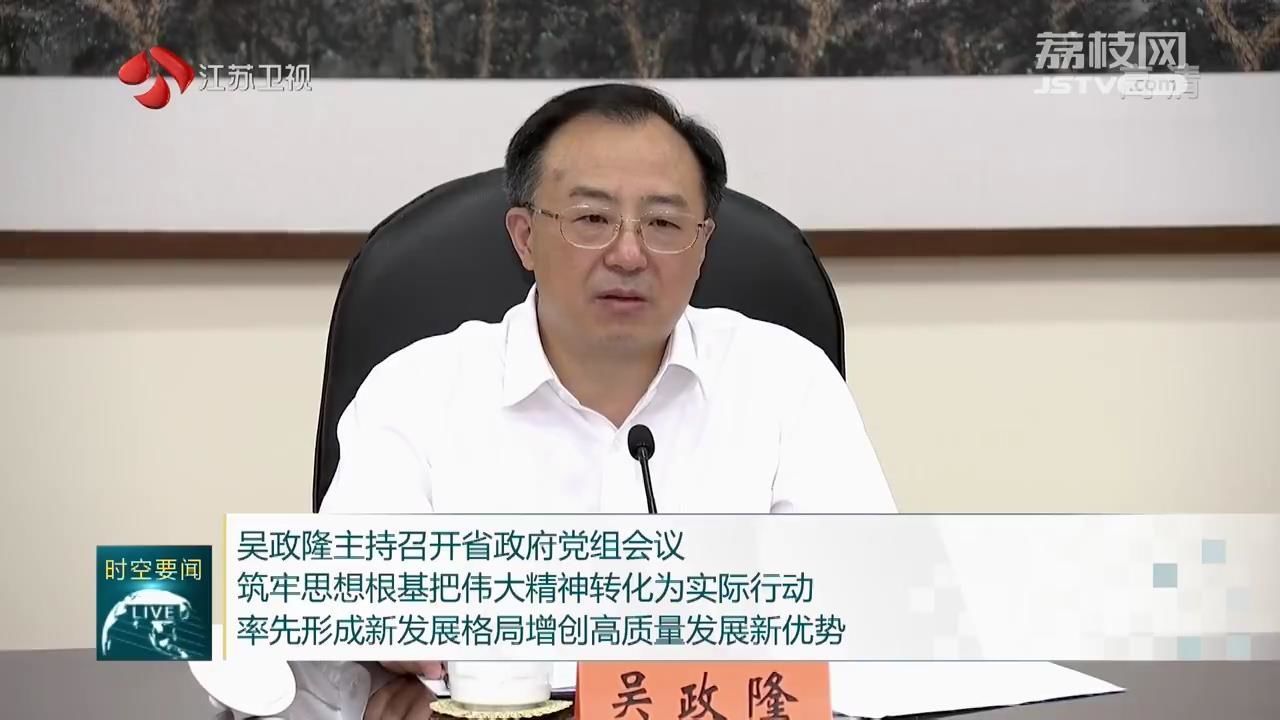 Wu Zhenglong, governor of Jiangsu province, chaired a provincial government executive meeting Tuesday in Nanjing. The meeting was held to study General Secretary Xi Jinping’s important instructions made during his recent speeches and his article published on Qiushi Journal.

General Secretary Xi Jinping’s recent important speeches are an important part of the Xi Jinping Thought on socialism with Chinese characteristics for a new era, which has pointed out the direction and provided follow-up for the new journey of building a comprehensive socialist modernization.

Efforts need to be made to transform the important instructions of General Secretary Xi Jinping’s important speeches into practical actions to promote high-quality development and build a new Jiangsu.

The meeting called for more efforts to ensure stability on the six fronts and security in the six areas, and accomplish the targets and tasks of building a moderately prosperous society in all respects and winning the battle against poverty so as to fulfill this year’s goals of social and economic development.

The provincial government also required further efforts to promote supply-side structural reforms, improve the stability and competitiveness of the industrial supply chain, strengthen the construction of a modern circulation system, form a new development pattern, give full play to the advantages of science, education and industry in Jiangsu, implement innovation-driven development strategies, promote industrial innovation and development, and expand new advantages of high-quality development in the new era.