The cities of Jiangyin and Yixing in Wuxi, East China's Jiangsu province, rank among China's top 100 county-level cities in terms of overall economic strength, according to a report released by CCID Consulting on July 28.

CCID Consulting is directly affiliated to the China Center for Information Industry Development at the Ministry of Industry and Information Technology. 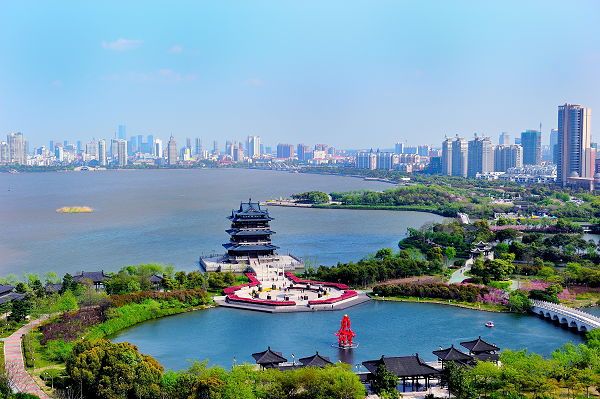 According to the report, the GDP of 33 county-level cities topped 100 billion yuan in 2019, of which 14 are located in Jiangsu province.

The report found that the 100 cities, which only occupy less than 2 percent of the country's land, generate about 10 percent of national GDP.

Ma Chengen, director of CCID Consulting County Economic Research Center, said that to achieve sustainable development county-level cities in China should think about how to transfer their main industries from labor-intensive and capital-intensive ones to knowledge-intensive ones.