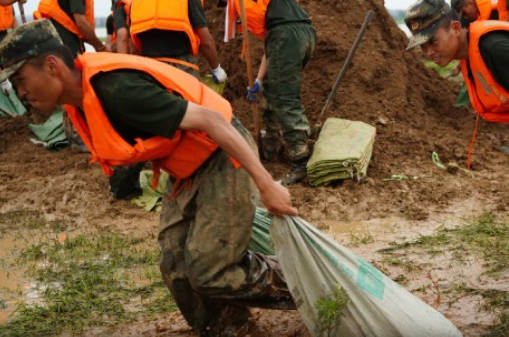 BEIJING, July 11 (Xinhua) -- China has allocated a total of 309 million yuan (about 44.2 million U.S. dollars) for disaster relief in flood-hit regions of the country, the National Development and Reform Commission (NDRC) said Saturday.

The funds, earmarked by the NDRC, were channeled to areas hit hard by floods, including Anhui, Jiangxi, Hubei and Chongqing, in support of the construction and repair of local infrastructure and public facilities.

China's State Flood Control and Drought Relief Headquarters upgraded the emergency response for flood control from level IV to level III on Tuesday, as incessant downpours continued to wreak havoc across vast stretches of the country.

Since June, continuous downpours have lashed large parts of southern China, and the waters of many rivers in the affected regions have exceeded warning levels.