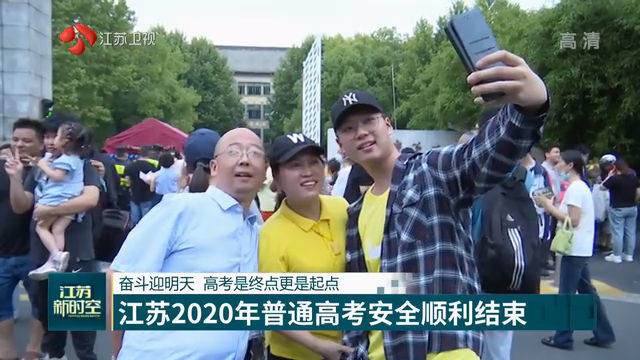 Upon walking outside of the test room, the students had a big hug with their parents or a group photo with their classmates.

Some test-takers could not wait to plan their future goals.

A test-taker said,"I hope that with this joy after the college entrance examination,I will start a new journey in my life."

Another test-taker said,"During the epidemic control period I came to be aware of the role of the heroes in harm’s way,so I may look forward to taking up those occupations and dedicate my own strength to the motherland." 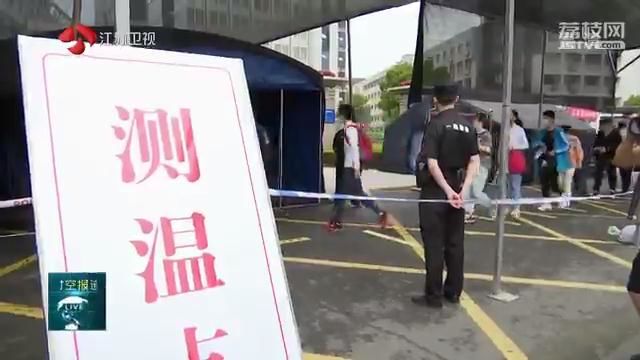 Jiangsu put in place the most rigorous COVID-19 prevention and control measures for this year’s national college entrance exam which was postponed from early June to early July because of the COVID-19 epidemic.

A test-taker said,"I would extend my gratitude to the teachers and parents alike in particular the head teacher and the teachers who taught us in the 12th grade.My parents were trying their best to relieve my pressure.My thanks also go to my classmates.We joined hands with concerted efforts in the last month before the exam."

Another test-taker said,"My heartfelt thanks go to everybody in particular the traffic police who have helped us a lot before and during the exam.We are doing our best and the world will become better." 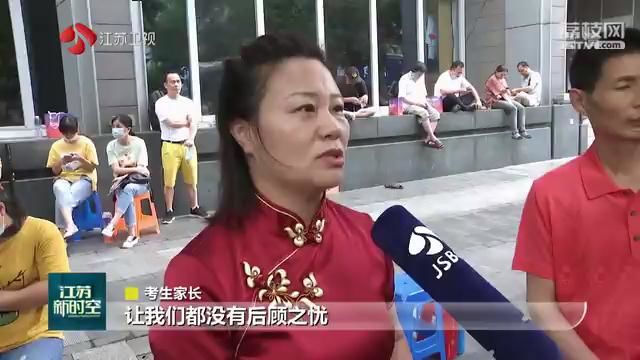 A parent said,"It is really not easy for these kids as they experienced the hardest moments in their life during the epidemic prevention and control.I felt gratified at the care and concern shown towards the children by the police officers and urban management agents."

The test-takers will be informed of their test scores on July 25. They will fill their application forms between July 28 and August 2. The enrollment will start in early August and ends in mid-September.