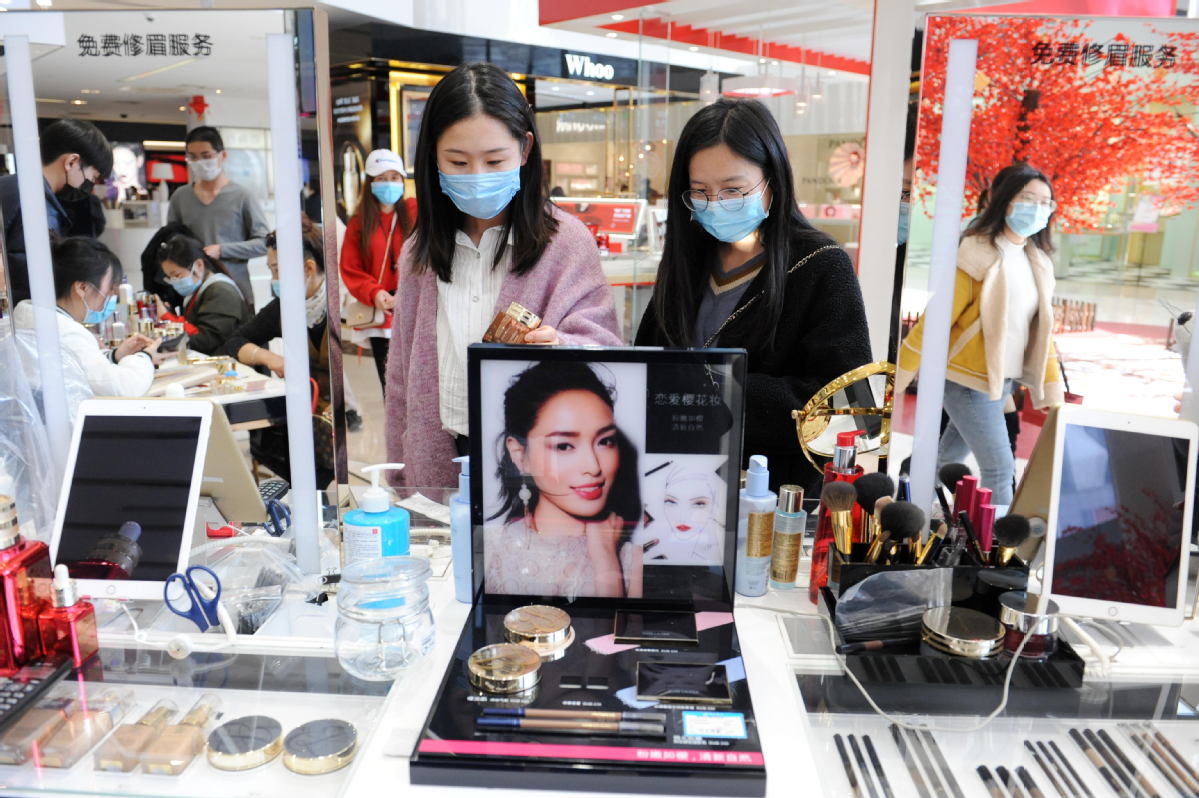 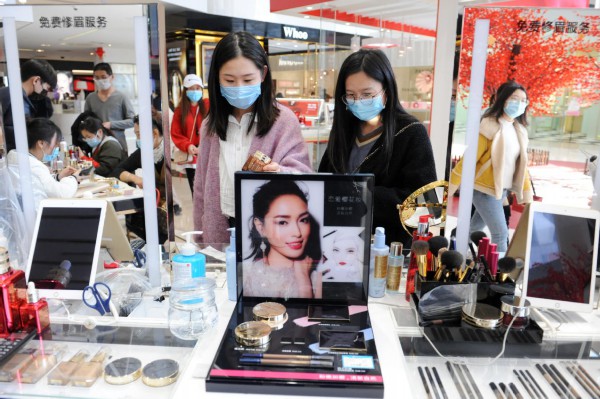 Shoppers buy cosmetics at a store in Nanjing, capital of Jiangsu province, on Sunday. [Photo by Yu Ping/For China Daily]

The Nanjing local government recently issued consumption coupons to its residents as a way to reinvigorate the local economy. It worked. Between March 18 and 22, Nanjing residents made use of 34,522 coupons, worth 9.43 million yuan ($1.33 million).

As the epidemic has been largely brought to heel, it is now time for promoting a recovery in all walks of life.

To help the retail and service industries restart operations, the Nanjing authorities issued consumption coupons worth 318 million yuan related to catering, books, sports and tourism, and some other sectors.

The authorities provided consumption coupons to orphans and impoverished people who are entitled to basic living allowances; other citizens could register to take part in an online lottery to get the coupons.

On Feb 13, the Macao Special Administrative Region announced electronic consumption coupons worth 3,000 Macao pataca ($375.6) for every local citizen. Jinan, capital of Shandong province, decided on March 2 to issue culture and tourism coupons to boost relevant industries. And Jiande, in Zhejiang province, announced on March 5 that it will issue 10 million tourism consumption coupons.

An epidemic undermines all walks of life, affecting both residents and businesses. Issuing consumption coupons is an effective way governments can boost the economy.

The coupons will not only reduce residents' economic burden, but also help industries recover faster.

The authorities can also give other incentives for encouraging consumption and boosting the economy.