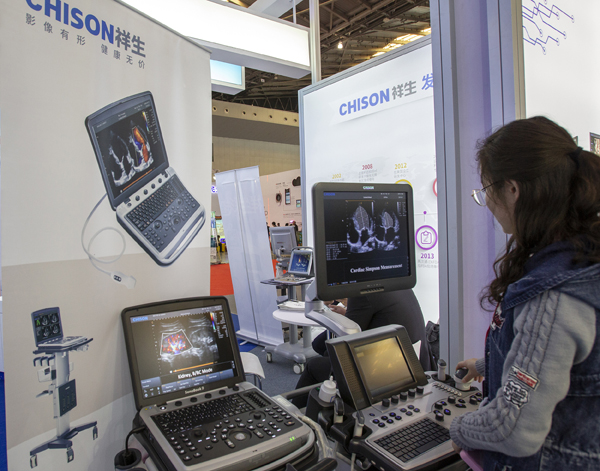 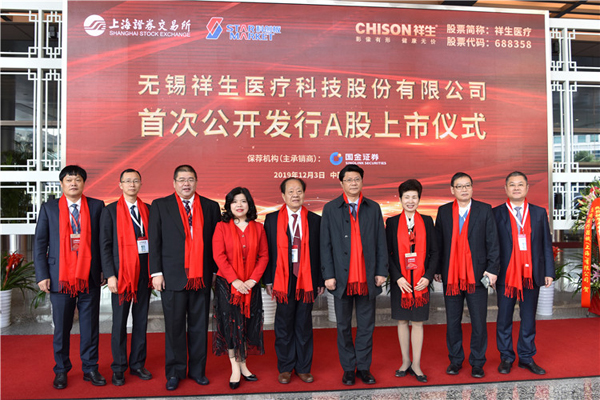 CHISON Medical Technologies Co Ltd was listed on the Shanghai Stock Exchange's sci-tech innovation board, commonly known as the STAR market, on Dec 3.

CHISON said it will use the proceeds in its industrial development of ultrasound medical imaging equipment and the construction of a new research and development (R&D) center.

The STAR market was inaugurated in June and designed to focus on companies in the high-tech and strategic emerging sectors, and CHISON was the first company in Wuxi to listed on the sci-tech innovation board.

WND Party Secretary Wang Jinjian attended the launch ceremony and encouraged the company to take this opportunity to facilitate development and core competence. He said the government will offer more and better services to companies for development.

WND is known as the highland for developing high-tech and innovation companies in Wuxi. Six companies were included in the potential unicorn company list released by the Sunan National Innovation Park recently.