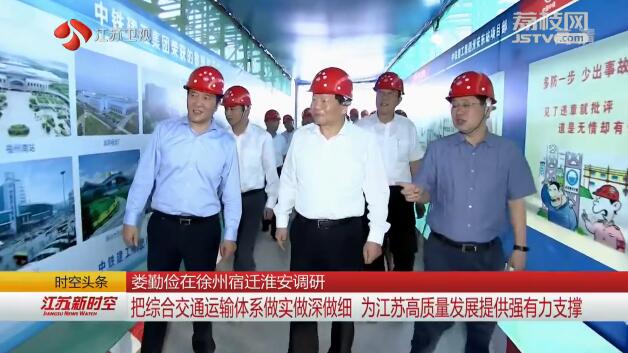 Lou Qinjian, secretary of the CPC Jiangsu Provincial Committee, went on an inspection tour Wednesday and Thursday to Xuzhou, Suqian and Huai’an to learn about the progress in the construction of a modern transport system. 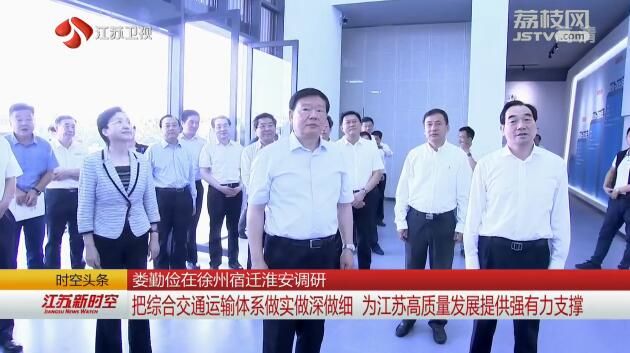 Lou demanded that more efforts should be made to build the province into a transport powerhouse by following the guidance of the Xi Jinping Thought on socialism with Chinese characteristics for the new era and the theme education of staying true to the Party’s founding mission among all Party members so as to accelerate the pace of transportation development and fuel the province’s high quality development. 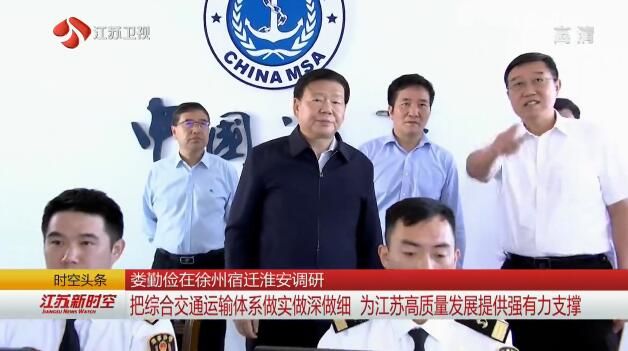 Lou visited the land port to inquire in detail about the progress of the planning and construction, demanding further efforts in the improvement of the overall planning and implementation plan by strengthening the intensive use of land, boosting the hub economy, and building an inland-type international transit hub port that is open to both the country’s east and west regions.

The Xuzhou Railway Freight Center, one of the two cores of Huaihai International Land Port, has been upgraded to a customs supervision area.

Lou inspected the customs supervision area on Wednesday as the 226th freight train of China Railway Express was pulling out of the station to head for Moscow with full load of engineering machines produced by Xuzhou Construction Machinery Group.

The CPC Provincial chief waved to the driver of the freight train as he saw off the train. 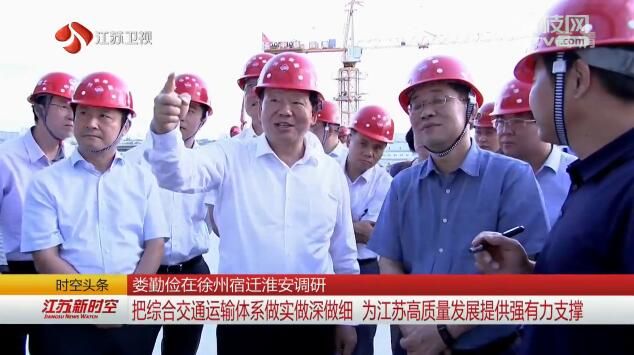 Lou Qinjian stressed that it is necessary to strengthen systemic thinking and take into account the flow of people, capital, information, and logistics, and adhere to the joint construction of land ports, seaports, airports, and river ports, strengthen research plans in key areas such as transportation system, customs clearance, warehousing and logistics, and the freight trains connecting China and Central Asia and Europe.

The CPC Provincial chief took a boat ride to visit the Malanggang Maritime Office that administers the transportation security over the Hongze Lake and the regulation, navigation, relief and rescue of some 200000 passing ships each year.

Lou greeted all the maritime staff and inquired about the law enforcement staffing, the frequency of disaster weather and the passage of waterways in extreme weather.

He also showed satisfaction at the fact that there have been no casualties or shipwrecks since 2015.

He praised the maritime agents for their efforts in protecting the lives and property of the people, and contributing to the economic development of Jiangsu's economy.

Lou noted that traffic management is an important aspect of social governance, adding that it is hoped that maritime law enforcement agents will stay true to their founding mission, improve the ability of traffic safety supervision and governance with the help of modern technology, put the people in their hearts and be the patron saint of Hongze Lake.

Lou Qinjian later inspected the navigation in the Grand Canal by pointing out that the Grand Canal is an important logistics transportation channel in the country. The freight volume in the Jiangsu section of the canal makes up for about 50% of the province's waterway freight volume, accounting for about 20% of the province's total transportation volume, which has provided an important support for Jiangsu's economic and social development.

He demanded that more efforts should be made to accelerate the expansion of the sluice gates and promote the development of comprehensive transport modes so as to upgrade the shipping function of the Grand Canal.

Lou Qinjian inspected the construction site of the Huai’an East Railway Station Thursday afternoon. The station is an important hub linking the Lianyungang-Huai’an-Yangzhou-Zhenjiang railway, the Xuzhou-Suqian-Huai’an-Yancheng railway and the Nanjing-Huai’an railway.

The construction on the main structure and the platform of the station building has been completed with interior decoration getting underway to get ready for its operation at the end of this year alongside with the opening to traffic of the Xuzhou-Suqian-Huai’an-Yancheng railway and the Lianyungang-Huai’an section of the Lianyungang-Huai’an-Yangzhou-Zhenjiang railway.

The CPC provincial chief demanded that efforts should be made to take the initiative, strengthen coordination and management, deepen innovation, and speed up the construction progress of the major railway projects. 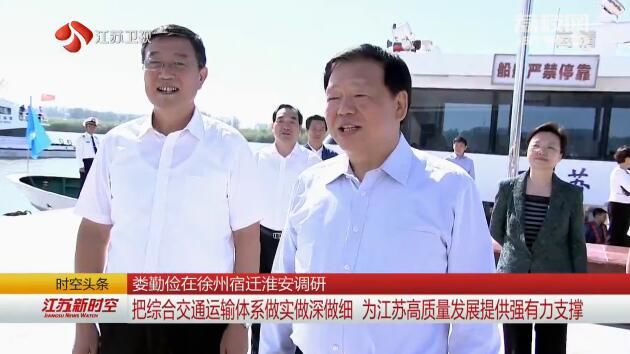 During the inspection tour, Lou Qinjian was briefed on the overall construction of the transportation system in Jiangsu.